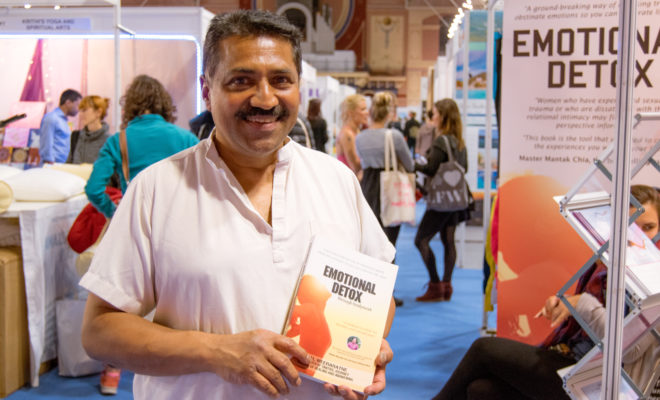 Energy medicine is a return to the ancient techniques of health and well-being which was well understood by mostly those from the Eastern cultures. In the West, the understanding of energy and subsequently energy medicine, came about in line with the development of science and empirical measurement. Western society as a whole has only learnt to embrace energy as the result of scientific development. Eastern cultures innately understood that there were more aspects to the body than meets the physical eye. As a result, Eastern modalities understand and utilise many aspects which the Western world has taken longer to embrace. Mal Weeraratne is someone who has taken the innate knowledge from the East and developed this knowledge into Emotional Detox through Bodywork. Mal Weeraratne has studied and practiced his skills for many years. It is because of his deep understanding of the three aspects of the physical, spiritual and energetic, or emotional body, and his years of study, which have allowed him to grow into one of the foremost Western energy practitioners.

Applying his understanding of Taoism and Tantric Buddhism, Mal Weeraratne works with the energy centers of the body which are referred to as the chakras. There are 7 main chakras, or energy centers,  which are spinning wheels of energy located throughout the center-line of the body, from the base of your body to the top, or crown, of your head. Each one of the chakra’s have their own colour and “attributes” and they are there to govern specific organs and endocrines (glands).  Identifying which of the chakra’s are out of balance is the first step in identifying where in the body, negative energy or stress is situated. And in extreme cases, they may also already disease within the physical body as a result of the storage of that negative energy which may be disrupting the chakra wheel.

Emotional Detox through bodywork focuses, through the chakra’s, right down into the lowest level of human physiology which is situated at cellular level, in order to access the emotions which are stored in the memory of the cell itself. All memories which are charged with an emotional trigger, be it positive or negative, can find themselves stored at the level of cellular memory. It is these stored emotional cellular memories which perpetuate through our lives as our fundamental belief systems. Our belief systems lead us to react or behave in the specific ways that we do, as they form the basis of our understanding of life. This is perfectly acceptable, except when these believe systems are either affecting us in a negative way, such as perpetuating behaviors or thought-patterns which impact our lives in an adverse way, such as holding us back from being the best version of ourselves, or simply not serving us any longer.

Emotional Detox is a structured practice which addresses all the parts of the release, from emotional to physical. Mal Weeraratne practices with understanding of the 3 aspects of our bodies interact and come together to either build us up or break us down, allowing us to physically release these from the body.